We didn’t mean to go to sea, and the mist has thickened to a fog; now I can’t even see my hand in front of my face. It is a strange feeling, unsettling. I have to feel my way around the deck, it feels safer to stay below, but I keep coming out to check if anything has changed. We really could be anywhere, well anywhere that has thick fog. The only place I can think of with thick fog is England in a bad winter, but then I don’t know the world well enough to know places where there is thick fog in the middle of summer, but of course it all depends how far we have travelled. We have been at sea for four months, three weeks and one day. Oh really? I hear you say, (that is if you are anything like me) what have you been eating? I ask you to suspend your disbelief and just go with the story, after all it is an allegory, or is it a metaphor? I’m not sure, I’m showing my ignorance, clearly I didn’t concentrate enough in my English classes. I did start English language A level, but shortly after I ran away to be a hedge dweller where there is very little need to use words like allegory and metaphor, or at least that’s my story and I’m sticking to it. Anyway I digress, what I was going to say was that if I had spent all that time travelling the land I am sure I would have found many other places with or without fog and discovered all sorts of things I never knew before.

I really love the days when I learn new things, but out here on the ocean a great deal of the things I am learning are intangible. I have found out things about myself that I never imagined were possible, it seems to me that when most of one’s choices are curtailed some sort of metamorphosis takes place. It is almost as if the more you can distract yourself with going out and doing things, the less you have to actually look into yourself and see who you really are. Being alone one is confronted with one’s strengths, weaknesses and quirks all the blooming time, it could go either way, into madness or deeply into sanity.

When I want to go somewhere different I dream back into my past, today I am thinking of the mountains in Cumbria where I lived for a time when I was in my late teens. I had just returned from Ireland and I found myself living just outside Kendal; the gateway to the lakes! Lakes are all very lovely and good but right now I don’t want to think of more water.

I have a passion for mountains, I wonder if I was a mountain dweller of some sort in a past life (that is when I believe in past lives, I have rather transient beliefs and I never know what they are from day to day, whatever suits me I suppose).

I can see the mountains of Cumbria in my mind’s eye. Hooray for my mind’s eye, it is very good at remembering beautiful mountains, but perhaps that is because I spent a long time staring at them. We lived in a little cottage belonging to my mother-in-law, just across the road from a sheep farm. Sheep farming in Cumbria was a revelation to me, I always imagined shepherds to be sweet lovely young lads who sat chewing grass and playing on sweet mountain flutes, although perhaps not at the same time, and occasionally gently ushering their sweet little sheep into new pastures as they skipped barefoot across grassy knolls. The shepherds across the road put a rather abrupt end to my romantic historical fantasy.

One morning I awoke to the sound of angry shouting, and thinking there must be some sort of life threatening incident going on outside I woke my partner to see if he thought we should call the police. He mumbled something unintelligible about farmers, turned over and went back to sleep, so I decided to investigate. I got up and went to the window and to my amazement there was no fracas occurring in the street, it was simply a farmer shouting the rudest obscenities I had pretty much ever heard, to his sheep as he herded them into the farmyard. Apparently this was the way that he had always herded the sheep into the yard! I am not sure if swearing is fully understood by sheep, nor if it is an effective way of herding sheep, and whether they return the obscenities with their baa baas but I certainly hope that they do. Perhaps it was how the farmer let off steam, I am sure it is no walk in the park being a Cumbrian sheep farmer. If those sheep could have talked they would have shocked pretty much everyone in the North of England with their language. Unless of course sheep turn their noses up at obscenities, we shall never know. 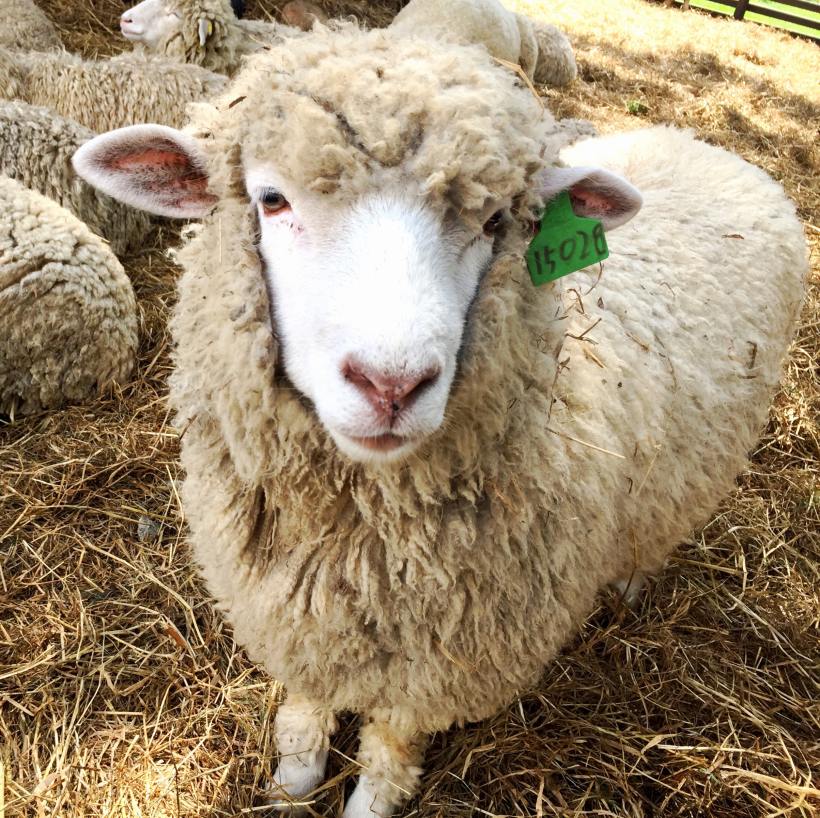 When the coast was clear of angry swearing farmers we used to go out and walk our dogs everyday. We had a pair of matching lurchers, they were big and orange with little black bits around their muzzles and on the ends of their tails. We must have looked funny with our matching dogs, matching black para boots and big black trench coats. We used to walk for hours, through the fields and up into the hills. We often walked up to Helsington Barrows, and looked out to the mountains, I filled up my soul with mountains. I hope one day to return to the mountains either of Cumbria or of Wales. Maybe someone will scatter my ashes for me there. I would like that to be my final resting place.

We were not allowed to raise our voices in the house we were staying in, so often when we were out we would have arguments we had saved up from home, we would stand far apart and shout at each other, most of the words were lost on the winter winds, or in the snow or rain, wind would make me almost as angry as the crazy swearing shepherds. I think it was a healthy way of having an argument, the sheep of course would ignore us entirely and continue to eat the grass in a nonchalant manner. Most of our arguments remained unheard by each other and the world as a whole, but we felt better, it was as if we had resolved things and we could go home and eat roast dinner together in front of a roaring fire without a care.

Of course the relationship came to an end eventually, as would any relationship where all the issues are left unattended. Somebody once told me that unresolved issues within relationships created a situation that was a bit like being on an island with your beloved and with each unresolved issue the island gets a little bit smaller until you are left standing back to back and somebody steps off. Of course that could be complete nonsense but when I look back over my relationships that have ended it has always been that one or both of us has had enough of all the unresolved energy, sometimes it sets fire to things and burns them to ashes which pile up until a strong wind comes and blows care to the wind.

There is nobody out here for me to have ridiculous or legitimate relationship problems with, just me, myself and I. I have to get along with me, which currently is not too much of a problem as I crawl about the deck checking the rigging and bumping my nose on things. There are no big decisions to make, the most taxing is “what is for dinner?” which of course everyone knows is the ultimate question to Life the Universe and Everything. Forget “why are we here?” it pales to insignificance next to ‘What is for Dinner?” I mean how many times can you expect to ask yourself or other people in a life time “why are we here?” Unless of course you find yourself somewhere like Blackpool tower on a Monday lunchtime. But the question “What is for Dinner?” well you have to ask yourself or somebody else that one at least once a day for your whole life.

My life would be complete if I never had to think up what to make again, I would be as happy as can be and would probably disappear in a puff of deep purple smoke or maybe spontaneously combust. I think I prefer the smoke.

Perhaps that has already happened, this fog is a bit like smoke, or maybe the afterlife consists of crawling about in smog looking for a purpose in life or afterlife. Does the afterlife have purpose and meaning like this? Perhaps I am reading far too much into the whole experience, but what else can I do? Here I am, brain the size of a planet, oh no hang on that’s Marvin the paranoid android in the Hitchhikers Guide to the Galaxy, which has an uncanny way of seeping into my consciousness so that I am almost never without it. The answer is of course forty-two, but the question turned out to be six times nine in the end.