Thank You everything that can possibly be thanked, it’s March at long last, and I have made it through another English winter without killing anyone and I still have my major faculties and all my own teeth. Not only is March fantastic because Spring is on its way, bunnies are hopping, the birds have changed their song, and the blossom is bursting forth, but its also the month of my Birthday, and no matter how many I have I still love my Birthday.

A couple of years ago I discovered a new passion and learnt a new skill; fire by friction! I have watched my partner for many years start fires with a flint and steel, (a piece of flint is struck with a strip of steel sending minute sparks into dry tinder, which catches alight) and occasionally when people ask him for a light in the street he, being a bit of an understated exhibitionist (not), gets his flint and steel out, together with a bit of char cloth, and to their utter astonishment and delight lights their fag with that!

I learnt fire by friction two summers ago, I went to a festival workshop, run rather pleasingly by two women, and have been hooked ever since. By the end of the first workshop I went to, by hook or by crook, somehow I managed to make a glowing coal (the objective) and set light to a bundle of dry grass. I was so over the moon that these lovely ladies (www.nettleseed.co.uk) gave me my own fire kit and I went back to my bus to practice.

Her heart is in the hearth, burning bright within the flames

He is sunlight, he is Spring,

He is darkness, drawn close within

He is the brightness of the flame,

There is something deliciously mysterious about fire by friction, as I was to find out, as try as I might I just couldn’t make another coal that weekend. Later that year I was lucky enough to do a course with Trackways, where amongst many other bushcraft skills we practiced fire by friction. This was the clincher for me, the boys all made a coal really quickly and then swaggered about, clearly impressed by their own good fortune (because alas that’s all it was), I could not make a coal that day for love nor money, nor sore elbows, grazed knees, cut fingers, or hair pulled out by stray bows.

For she searched the velvet hills, running fast and singing free

He is starlight, he is Wind,

He is moonlight, bright as a day

He is the glowing ember bright

Grandmother fire, she knows his name.

I’m really not a competitive sort of gal (!) but I was utterly determined after that day that I would get to grips with that blasted bow drill, so that next time I was surrounded by swaggering lads I could not only out-swagger them but also light my fire faster than them.

For a while I practiced every night, for several months in fact, I practiced until I was certain about how to do it. So it was that the next time I went to my bushcraft course I was able to light the fire confidently on a wet and windy evening, while the chaps on the course admitted that they hadn’t really practiced and were not so sure that they could do it. You can only imagine my smugness, think Mrs Doyle on father Ted when she guessed the name of the priest; Father Todd Unctious.

She swam the deepest seas, searching down beneath the waves

He is stone and he is bone,

He is morning, just unfolding

He is the crackling leaping sparks

To light a fire by friction, there are many different ways, for example hand drill, which is the one most people would recognise with the idea of rubbing two sticks together, which I tried for hours on end as a child, to discover much later that it’s far more of twirling/rubbing one stick between your palms whilst pressing it down into a notch on a second stick, the friction creates heat and dust which eventually ignites. Or fire plough in which one rubs one stick back and forth in a groove on a piece of wood resting on the ground creating heat dust and eventually a tiny coal.

At this point I must just admit that I cannot do either of these methods! I have tried them, not to the point of success yet, I like to add the word yet because I will do it at some point or die trying.

She chased him fast across the plains, crying rivers for many days

He is earth and he is mire

He is dusk as owls take flight

He is the beating of their wings

My chosen method is bow drill, in which I use a bow not so unlike a fiddle bow (a bent piece of wood with a string tied at each end) to spin a stick with pointy ends onto a piece of wood on the floor with a notch cut into it, whilst bearing down on it with the other hand. It sounds a bit like twister and that is because it is very like playing twister especially at first, except you are playing it alone and it is much more undignified especially when it goes wrong and considerably more painful and exhausting, although I suppose that would depend on who you are playing twister with and for how long.

Why not just use a lighter, or a box of matches? (A rather unimpressed friend one evening said she didn’t think there was anything that amazing about something that primitive people could do!)  Why not indeed. I suppose I like a challenge, and it is extraordinarily satisfying to finally make a tiny glowing coal and then to gently nurture it into life, ease it into a bundle of dry grass and blow it until it bursts into flames. It brings a whole new meaning and understanding to the complexity or the simplicity of lighting a fire, and if you think about all the energy that went into that box of matches or that lighter, I should think that considerably less is used to light a fire with a bow drill and certainly no fossil fuels, just a whole heaping lot of my energy.

She looked until her body ached, and tired bones and heart could break

He is dust, and he is coal

He is spark and flame unfold

He is the heat of roaring flames

Grandmother fire, she knows his name.

Another thing that I love about using a bow drill is collecting the materials necessary to do it. It’s an excellent excuse to spend loads of time walking through woods and along hedgerows with a pruning saw and a small knife in my pocket, I slightly obsessively collect hearth boards and my favourite wood for it is Clematis, also known as Old Man’s Beard or Woodbine. Old Man’s Beard is a climbing vine, and one day I spotted a piece as thick as my arm and had to scramble up quite high to reach it, and only really registered that I had used it to climb up once I had cut it free; I was left dangling for some time until I decided that the only way down was to jump into some bushes. I also love the Old Man’s Beard because of its wonderfully fluffy seeds, which you can see throughout the colder parts of the year in many hedgerows. It is ideal for use in the tinder bundle and holds a tiny burning coal beautifully. Which is the only time a beard can be described as beautiful, in my opinion. When it doesn’t really belong to an Old Man! Or perhaps when it does, after all old men look good in beards, maybe its just when young men have old men’s beards that I object, any way I digress….

Dry dead Ivy also makes very good hearth boards and is very satisfying to collect when it has been choking a beautiful tree that was just minding it’s own business. 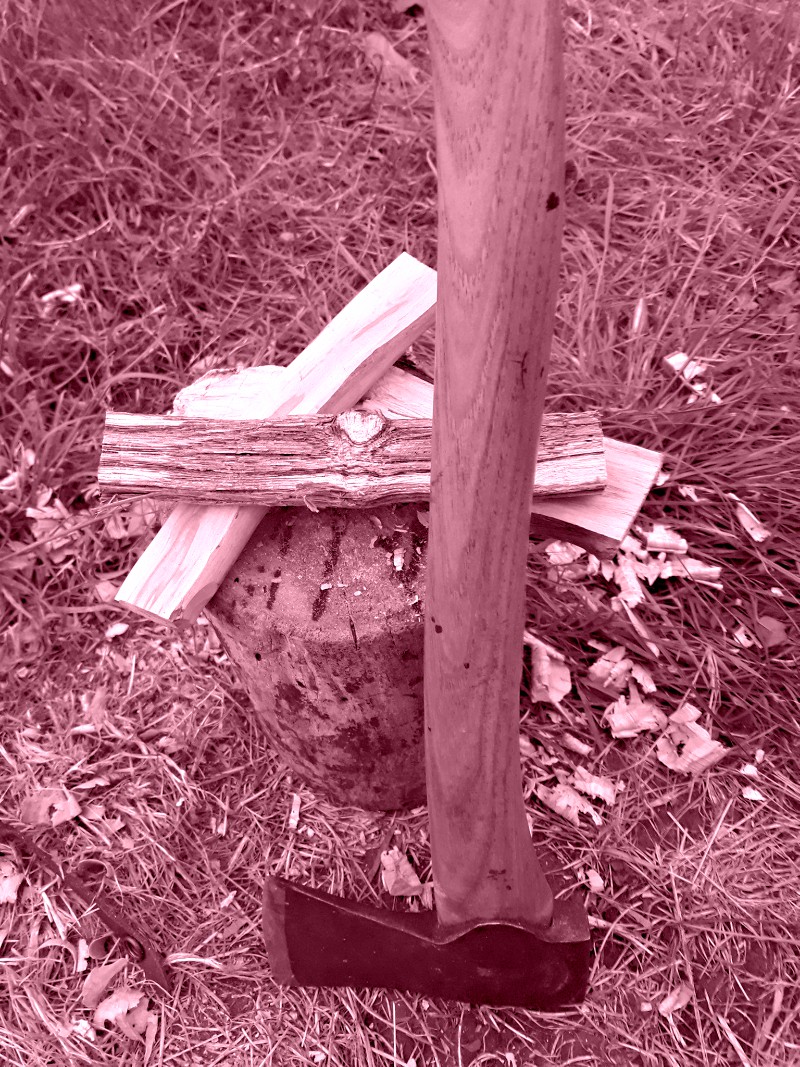 I have never practiced traditional meditation, I am more inclined to walk in nature and fully immerse myself in all of its intricacies until I loose my self in its beauty and imperfect perfection. This is also where I find much of my inspiration for writing music and poetry, my mind becomes clear and uncluttered and the creative spirits of my life come and sing their songs gently to my beating heart.

Making fire by friction has a similar feel to me, there is an absolute concentration and a dedication to the moment that is necessary for success, it is not easy and in some ways it really is so simple, I cannot explain this, you will just have to take my word for it or try it! My favourite part of bow drill practice is the moment when I realise that I am tired, my muscles are burning and I can not carry on pushing the bow to and fro; that is the very moment that means that I am nearly there and must dig deep inside to push harder and faster for soon I will be rewarded with a tiny glowing coal which must be nurtured into flame.

There is a pause, to breathe easy, and look at the coal with awe and delight and watch it grow before gently placing it into a little ball of fluff inside a bundle of dry grass and blowing it into flame.

There is also a great satisfaction in doing something that my ancestors would have done for thousands of years, it was their second nature, or indeed just their very nature.

When at last she found him there, for he had only come for her

He is hope, and he is warmth

He is home and he is joy

He is the very ancient fire

The fiery fire, her hearts desire. She knows his name.

The Poem/Song that comes between the paragraphs is one which I wrote alongside this blog post, I have also composed a tune and will in due course make some recording to share, please let me know if you would like to hear it!